COVID-19: REPRESENTATIVE OF THE REPUBLIC HIGHLIGHTS COLLABORATION OF THE ARMED FORCES IN MADEIRA (23/4) 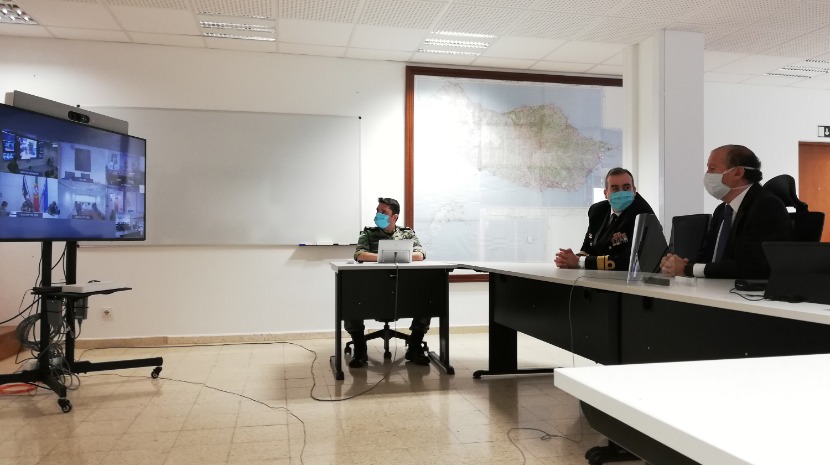 COVID-19: REPRESENTATIVE OF THE REPUBLIC HIGHLIGHTS COLLABORATION OF THE ARMED FORCES IN MADEIRA

The representative of the Republic for the Autonomous Region of Madeira today praised the work and collaboration of the Armed Forces, especially for the role played during the period of the state of emergency and in the fight against the pandemic of the covid-19.

During a visit to the Madeira Operational Command, Ireneu Barreto attended a daily videoconference, with the highest operational structures of the three branches of the Armed Forces at national level.

The advising judge recalled the functions performed in recent times, transporting material and equipment, and supporting health services and security forces, and stated that the Armed Forces “are ready to provide any and all services that are requested of them. ”. He also recalled the role in transporting prisoners who were released from the Madeira Prison and who had no residence in the Region, who were transported back to their countries of origin with the help of the Air Force.

For his part, the operational commander of Madeira, expressed satisfaction at the presence of the representative of the Republic, an entity that has the role of coordinating the security forces during the period of the state of emergency.

“This recognition for the action of the Armed Forces is very significant and comforting for us,” said Admiral Dores Aresta. “It is a mission that we have performed with great pleasure, which has some complexity, but we have achieved all the objectives so far and we will continue to achieve it.”

Ireneu Barreto also took the opportunity to appeal again for respect for the measures of confinement and social distance, and for the use of the mask, which she considered as a “duty of all of us”.